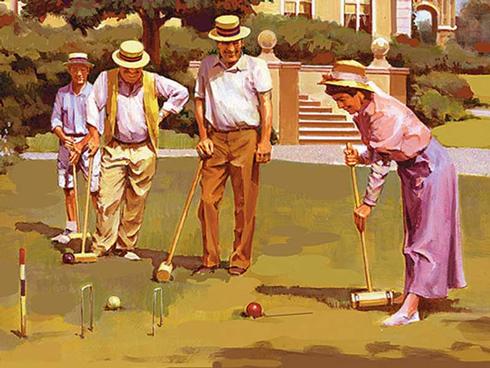 We can offer several funny outdoor games. After an intensive conference day it is ok to do something else and relax and have something else on your mind. The informal part of a conference meeting is often the most important part. It could be at the bar or lounge, but why not a 'light' activity. Chat with your colleagues during the event and get to know your colleagues better. Team work and individual performance can help you.

You can choose from the following games: 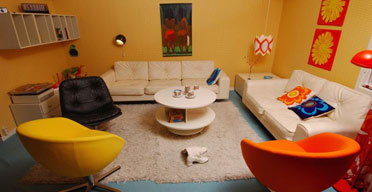 Ikea, the low-cost Swedish retailer that has furnished millions of homes around the globe, moved into the world of fine art with the IKEA's museum's retrospective of its 50 years of livable design. From the first flat-pack table in the 1950s to the latest trendy home styles traces 50 years of history as seen through Ikea's eyes.

Showing off Ikea's original shapes from the 1960s, bombastic colours from the 1970s and 1980s, and what the company dubbed "democratic design" from the 1990s, the display tells a story that not even Ikea or its founder, billionaire Ingvar Kamprad, could tell. The walls of the museum are adorned with covers of Ikea's famous catalogues, dating back to the first in 1951.

Posters tell the story of Ikea's beginnings, with amusing pictures of the first customers trying to load the company's emblematic flat-pack packages into the back of their small 1950s Volvos. One room is dedicated to a second-hand market, where aficionados can buy old Ikea trappings or give away unwanted items in exchange for a coffee and a pastry.

Founded in 1943 by Kamprad when he was a teen, Ikea began developing its own furniture in the mid-1950s, popularising renowned Scandinavian design - sleek and functional - on an industrial scale and conquering first Europe and then North America before taking on the rest of the world.

The museum also displays some lesser known Ikea products, including a limited series of handmade reproductions of 18th century Swedish antiques, made in the 1990s - a series now in hot demand at auctions and which sometimes goes for as much as the real thing.

Museum is situated in the centre Älmhult.